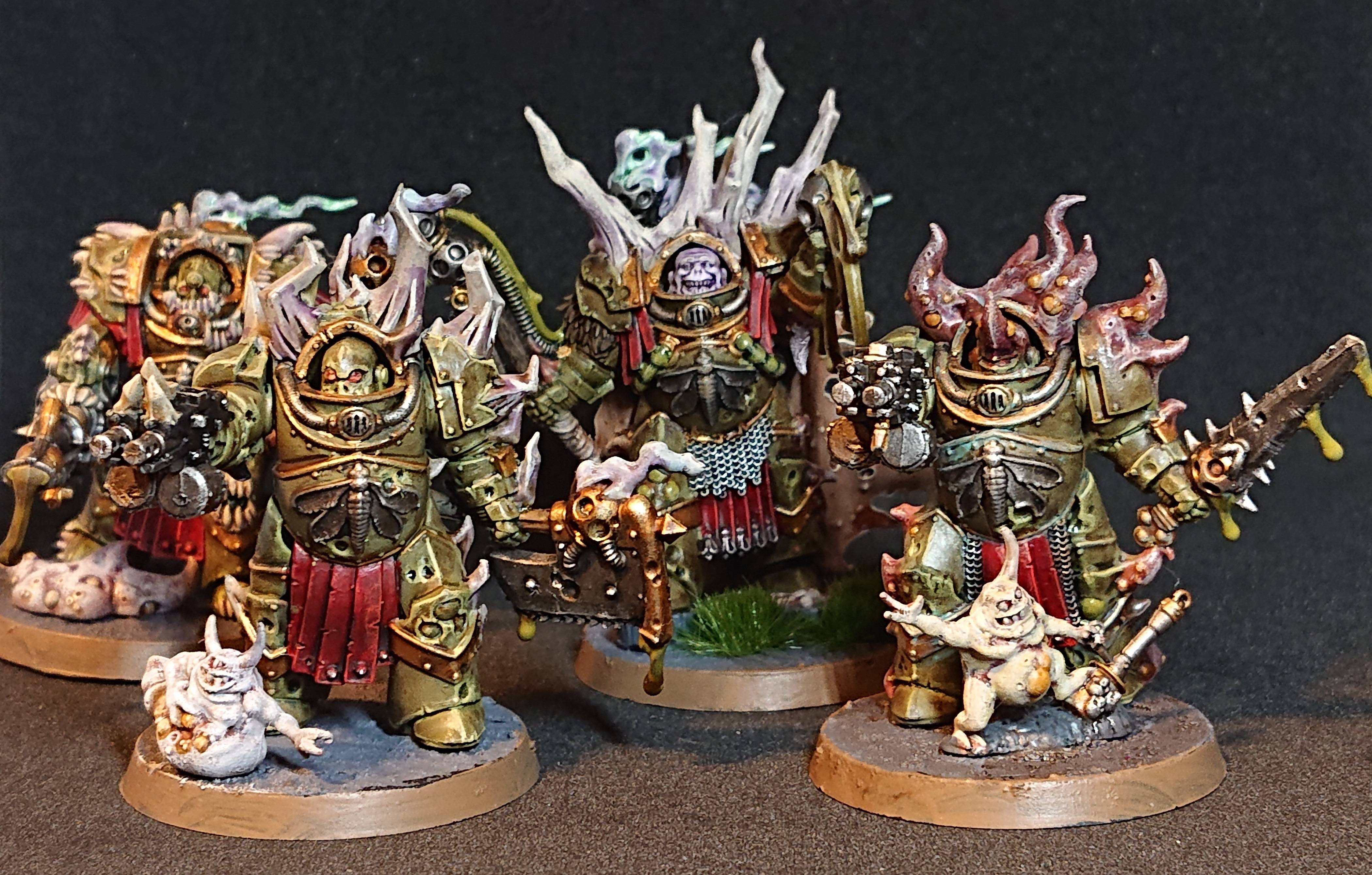 No Traitor Legion stands as high in Nurgle’s favour as the Death Guard. Swollen with the Plague God’s blessings and utterly devoted to the corruption of realspace in his name, the hulking Plague Marines that comprise their mainstay despoil all in their path while chanting praise to their gruesome patron. -:GW